Rain from the sky is “treasure”

The water-saving performance is impressive, is well-known in Yiwu city. Rainwater, industrial wastewater, domestic sewage, All of them are used by the "Shuangtong". The much water saving of enterprise is always a pride thing for “Shuangtong” helmsman Lou Zhongping.

The plant is of “Shuangtong” has various crisscross pipes, These pipes went into dungeons, connecting rainwater pits and reservoirs in an orderly manner and extending into many corners of plant workshops and living areas.

"We make the most of this renewable water and we don't waste anything." 'The water is pumped to the roof through a pump in the pool,' said an employee, pointing to the pipe. 'It is used to flush toilets in the company's 200-odd dormitory bathrooms.' This alone can save 25,000 tons of domestic water every year, and save nearly 200,000 yuan for enterprises.

That's a lot of money for companies. However, what is more, troublesome for enterprises is that for several years, Yiwu city is often short of water, and the water for production and domestic use is often "out of stock".

“Shuangtong” helmsman Lou Zhongping is thoughtful, he also pays close attention to national policy trends and industry development trends. In the new century, with the increase of energy consumption, energy conservation and emission reduction have been paid more and more attention by society. He soberly realized that the enterprise, especially as one of the eco-friendly product manufacturers, wants benign development, must turn from the extensive old road, walks the circular economy new road.

What is the new direction? Subject to enterprise, start from” water”! As early as 2003, when Shuangtong was planning to build a new plant, Lou Zhongping made an "abacus" to save water and designed a set of rainwater collection system by combining the technological characteristics of the enterprise and the layout of the plant. In fact, the system is not so complicated, it is to discharge more than 200 "rainwater collection pits" in the roof, road surface, and green belt, string them into a whole with pipes, and filter them into a pond with an area of more than 500 square meters and total water storage of 1,200 tons.

"The original idea was definitely a golden one, and it did the business a lot of good." "Shuangtong" office director Wu said, "Shuangtong" these years collected rainwater used in the workshop cooling water, workshop toilet flushing, green irrigation, and road flushing, etc., for the enterprise to save a lot of money, water conservation is equivalent to the creation of economic benefits.

Many people regard industrial wastewater, sewage is a "bad child", this water directly out, is really "bad", because they will pollute the environment. But let it turn, change, become "medium water" recycling, this "bad child" even "prodigal son".

The water-saving abacus of Shuangtong not only applies to rainwater but also USES industrial wastewater and domestic sewage through the "reclaimed water reuse system". The so-called "reclaimed water reuse system" is to lay pipes in the toilets of the living areas of employees. The wastewater generated by employees washing their faces bathes, and clothes will be collected through the pipes to the wastewater pool, which will be isolated and technically treated with fine sand and charcoal. After treatment, the water will flow into a special storage pool for medium water. It is understood that Shuangtong's water storage pool has a storage capacity of 1,500 tons and is built in front of the company's complex.

"We make the most of this renewable water and we don't waste anything." 'The water is pumped to the roof through a pump in the pool,' said an employee, pointing to the pipe. 'It is used to flush toilets in the company's 200-odd dormitory bathrooms.' This alone can save 25,000 tons of domestic water every year, and save nearly 200,000 yuan for enterprises.

Through "rainwater collection" and "reclaimed water reuse", Shuangtong not only saves water resources but also greatly reduces the discharge of sewage and wastewater, eases the load of urban sewage, and reduces the pollution to the environment. It is reported that Shuang tong used to use no less than 15,000 tons of water per month. However, according to the recent report of Shuang tong, the amount of water used by Shuang tong in January this year was only 3,000 tons. However, with the expansion of scale and the increase of staff, the amount of water used in tap water dropped significantly.

The plant is a big garden

What does the plant look like? In the common people's impression, is always the chimney bristles, the sewage horizontal flow, the eye is full of cement ash. And double child plant area resembles a garden, however, no, it is a beautiful big garden completely, melon and fruit are fragrant, four seasons flower is blossoming, although cover an area only 18 mu, the green area has 7500 square meters,s however, green rate achieves 62.5%. 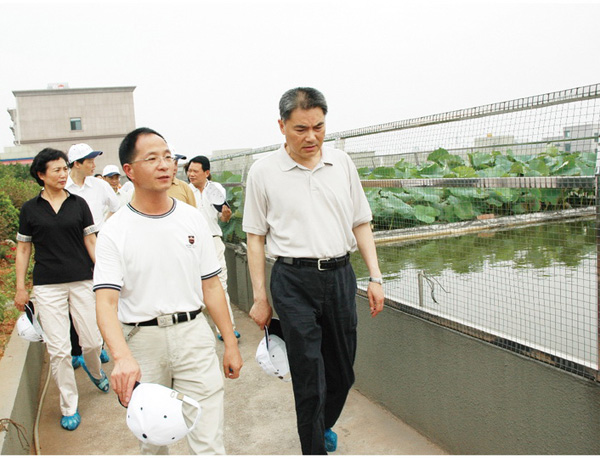 Secretary of the party committee, ex-executive vice governor of Zhejiang province made a visit to Energy saving and consumption reduction measures for Shuangtong straws and present a high evaluation. 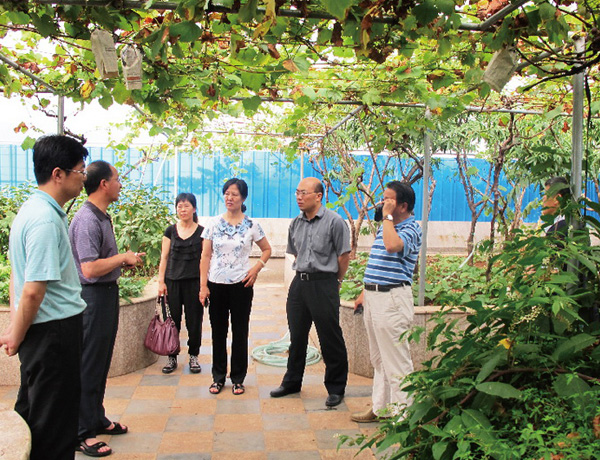 Ten years ago, in 2003, Lou Zhongping had the environment in mind when he set up his plant. When it is planned and designed, it is an "ecological plant". It took 3 years to build and invested more than 3 million yuan to build a large area of green land. Even at the beginning of the design, the roof of all the workshops was planned with a layer of soil more than one meter thick, and all the plants were landscaped. From a distance, it looks like an oasis. If you can go and see it, it will blow your mind.

Would you want to pay a visit to this smart and beautiful plant? 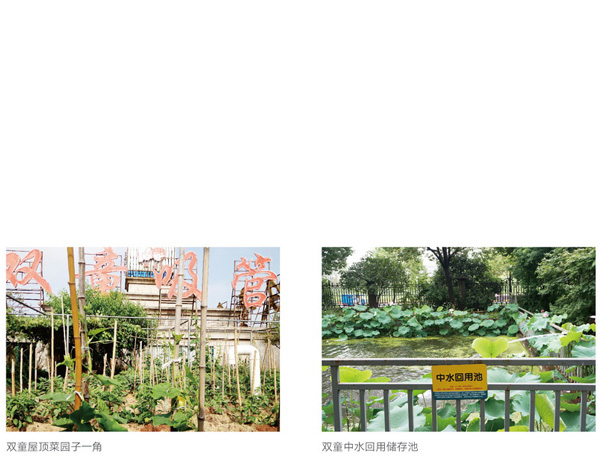 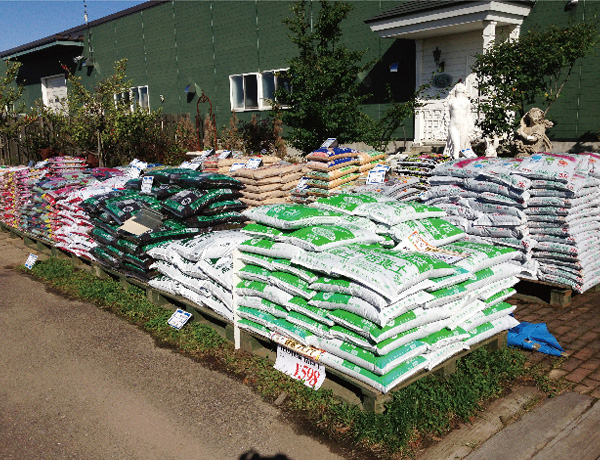